Free shipping on all orders over $100

Are you curious about the type of incense used in church? If so, then congratulations, you’ve arrived at the right place. We all know that incense has been used for centuries and is still found in various spiritual and religious ceremonies in different cultures.

Like Today, the church uses various types of incense, such as rose incense, Palo Santo sandalwood, and many others, for spiritual practices, purification, and stress reduction. Well, each of these incense has its own benefits and aromas.

So are you interested in learning more about these? So stick with us until the end of this article because we’ll go over the various types of incense used in Catholic churches and much more. Let’s begin with the topic

Types of Incense Used in the Catholic Church?

The following are some common types of incense used in the Catholic Church.

Frankincense is widely recognized as olibanum, a fragrant tree resin with a powerful spiritual significance. The term “frankincense” comes from the French phrase “franc encens,” which means “high-quality incense.” As the name indicates, frankincense was traditionally used as one of the primary ingredients in incense.

Moreover, it is also used for religious ceremonial occasions and medicinal purposes by people from other cultures, including Muslims, Indians, and Egyptians.

So if you’re wondering what frankincense smells like, then don’t worry, as most people describe it as earthy, woody, piney, fruity, and soft and sweet. Overall, it’s a beautifully balanced aroma that helps relax the mind and the soul. 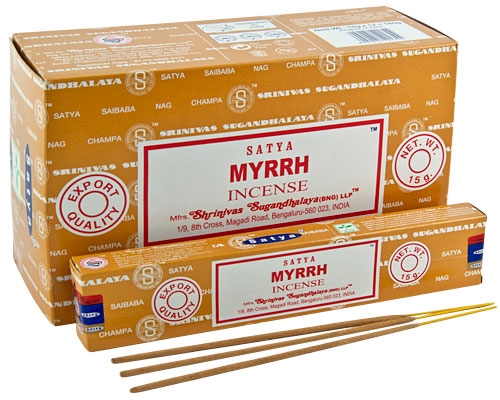 Myrrh is a dried resin derived from thorny shrubs and trees that have been used for thousands of years in incense in the Catholic Church. The name is derived from an Arabic word that means “bitter.” It has been valued for its aroma, antiseptic, analgesic, and other medicinal properties.

Moreover, myrrh is typically burned alongside frankincense during religious ceremonies, which smells sweet and pungent. Furthermore, myrrh is known as a death symbol because it was originally used in the purification process to purify Queen Esther.

Moreover, Palo Santo is most commonly used for soul purification. Such that the smoke produced by the burning of wood sticks is believed to clear negative energy and restore peace and calm. Furthermore, Santo has a sweet yet different fragrance and is commonly used in churches after myrrh and copal resin. 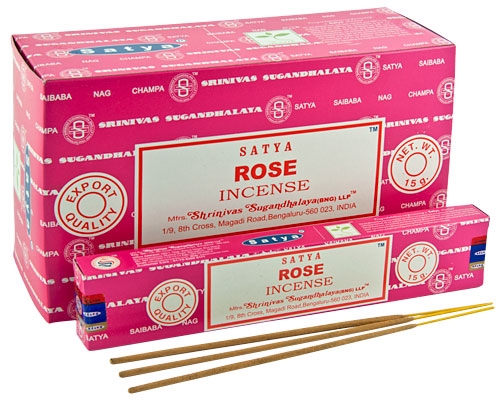 Rose incense has been used religiously for centuries in sacred Catholic celebrations. It’s not only used at funerals but also other social gatherings. Moreover, the rose promotes love, kindness, and devotion while providing a spiritual connection.

Furthermore, rose incense has a sweet aroma that helps people suffering from depression and other mental stresses by relaxing nerves and easing tension. Therefore, rose incense is known for its ability to calm, improve, and balance emotions and is used frequently in church as a symbol of peace and love. 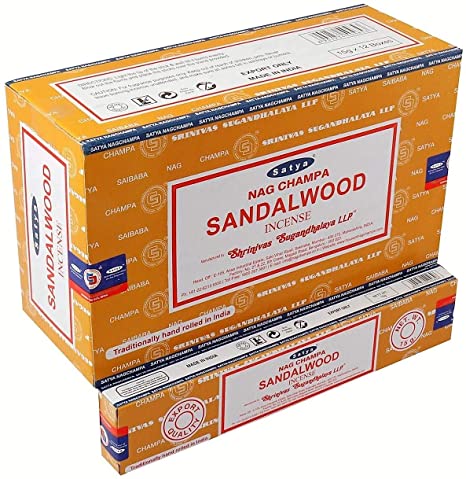 Sandalwood acts like catholic incense, amplifying your hidden and suppressed internal feelings for Divinity. When burned, it creates a magical surrounding that brings you to the mystical world of glory and purity.

This incense increases concentration and promotes relaxation by distracting you from irrelevant thoughts. As a result, many Catholic churches use sandalwood because they think it creates a strong connection with divine power.

What Smells Better, Frankincense or Myrrh?

Are you still debating which one is the best? Well, It is difficult to choose between these two because they both are derived from tree sap and are frequently used in the Catholic church for spiritual practices.

However, if you’re looking for an aroma with a sweet and bitter odor, Myrrh is the way to go. It’s an old and classic fragrance ingredient with aromas like musty, woody, herbaceous, smokey, and slightly medicinal.

On the other hand, the aroma of frankincense is similar to that of rosemary, pine sap, and sweet amber, all of which share some aspects. Its unique aroma also features a sweet and fruity aspect that refreshes your mind. So when comparing the two smells, frankincense is considered sweeter and warmer, while myrrh is more earthy and bitter.

Why do Catholic Priests Use Incense?

It is used by presets in Catholic Church ceremonies because it has a great representation of religious realms related to spirituality and purification. However, they now believe that incense can be used for health and other purposes in addition to spiritual ones.

Like sandalwood is used for meditation due to its calming effect; lavender incense has a calming effect, which aids in relieving stress-related conditions. All of this leads to better focus and a more spiritual influence.

How to Use Incense Safely?

Following are some tips for using incense safely at church.

· Open the window before or after the incense burning.

· If you have an incense stick, only burn one or more than five at a time; otherwise, too much smoke can harm your lungs, especially if you have asthma.

· Do not leave burning incense exposed to the elements; otherwise, it can catch fire.

To summarize, burning incense has been a part of Catholic rituals. However, incense can be a wonderful addition to any spiritual or meditation practice, and burning itself is a relaxing task.

So, as in this article, we’ve taken you into the mystic world of incense and discovered the various types of incense used in the Catholic church, we hope everything is clear now. If you have any queries, do contact us.

My name is Jenny. I want to share all my experience about incense burner and incense cones.

Offered in the country of usage